At the end of the previous formula for creativity post we left the formula as; 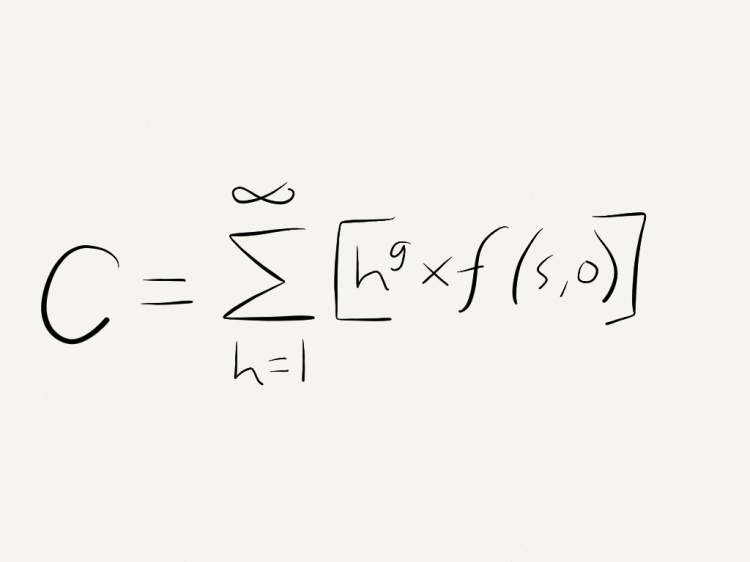 When I first heard this material as presented by Cameron Moll, it finished here. A formula for creativity that equalled the summation of the human factor, times [the human factor to the power of their ability to have grit, times a function of (synthesis and originality)], a perfectly adequate and well thought out theory. However, I think there is another element missing, one that not everyone may agree with or appreciate – your comments are welcome.

As a Christian creative, I would like to add a spiritual dimension to the formula. We read in Exodus Chapter 31  about Bezalel, the chief artisan of the tabernacle. The first few verses of Exodus Chapter 31 say;

Then the Lord said to Moses, “See, I have chosen Bezalel son of Uri, the son of Hur, of the tribe of Judah,and I have filled him with the Spirit of God, with wisdom, with understanding, with knowledge and with all kinds of skillsto make artistic designs for work in gold, silver and bronze,to cut and set stones, to work in wood, and to engage in all kinds of crafts.

What this says to me is that being filled with the Spirit of God (the Holy Spirit) is important to the creative process, it brings wisdom, understanding, knowledge and all kinds of skills which help us as we tackle creative problems. I also like the idea of the power of the Spirit of God at work in us, so the way I’d like to complete my version of the formula is to have everything so far to the power of the Holy Spirit. I realise this gives the formula yet another set of brackets to get your head round but if you’ve followed along through the previous posts (which start HERE) then it should make sense.

The Holy Spirit does not have a definitive symbol, it is often shown as a dove, cloud, oil or water but none of those have a simple mathematical equivalent. I am going to use the letter aleph to represent the Holy Spirit. Aleph is the Phoenician letter that gave rise to the Greek Alpha (Α). It also stands for air, because it is identified with the breath of God. Genesis says that God breathed His spirit into Adam to bring him to life. Aleph is not actually a pronounced letter, but is the breath you take before saying a word. I love the idea that the Holy Spirit is symbolised by something we do before we start, we take that deep breath and begin to create…

Aleph is sometimes represented by the glottal stop, a type of consonantal sound used in many spoken languages, produced by obstructing airflow in the vocal tract or, more precisely, the glottis. The symbol in the International Phonetic Alphabet that represents this sound is ʔ. Although it’s not a recognised connection, I think using the glottal stop symbol to represent the Holy Spirit in this case carries weight in reminding us about the Spirit of God as part of our creative process.

So now, the equation for creativity looks like this…

Your comments on this series of posts would be very welcome… I’m hoping to post some addenda, not to add to the actual formula but to supplement it / give more examples / further particular areas for discussion.

2 thoughts on “A formula for creativity – no.6 : a spiritual perspective”