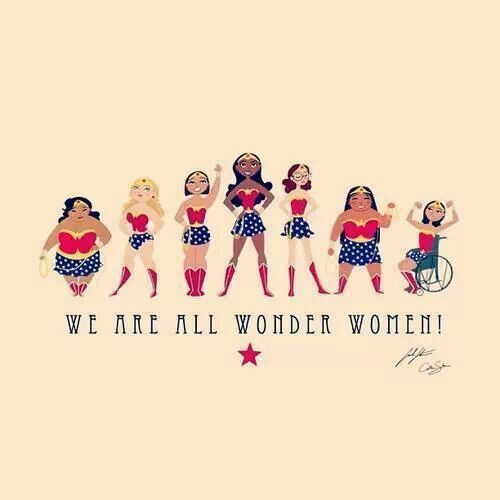 the 101 project is full of boards based on comic book characters, and why not – comics have some of the best artists working for them and the characters lend themselves fantastically to all sorts of fan art. 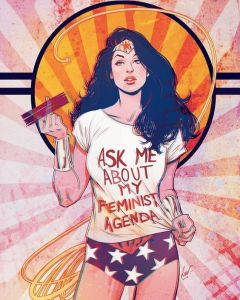 It seems fitting on World Women’s day to celebrate the 101 pinterest project Wonder Woman board.

Wonder Woman is a fictional super heroine appearing in American comic books published by DC Comics. The character is said to be a founding member of the Justice League, demigoddess, and warrior princess of theAmazonian people. In her homeland, she is Princess Diana of Themyscira, and outside of her homeland, she is known by her civilian identity Diana Prince.

Her Amazonian-training helped to develop a wide range of extraordinary skills in strategy, hunting and fighting. She possesses an arsenal of advanced technology, including the Lasso of Truth, a pair of indestructible bracelets, a tiara which serves as a projectile, and, in older stories, a range of devices based on Amazon technology. Wonder Woman was created during World War II; the character was initially depicted fighting Axis military forces as well as an assortment of colourful super villains, although over time her stories came to place greater emphasis on characters, deities, and monsters from Greek mythology.

Many writers have depicted Diana in different personalities and tone; between both of her diametric extremes; that of a warrior, a highly compassionate and calm ambassador, and sometimes also as a naive and innocent person, depending on the writer. What has remained constant, and is a mainstay of the character, is her nurturing humanity: feeling compassion and having a strong conscience.