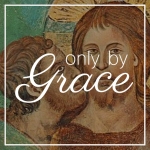 This series of reflections take a different stance on grace than you may have experienced previously – this is grace through the eyes of Judas Iscariot. Written as a dramatic presentation, these posts during holy week 2017 are adapted from the original script. If you are joining part way through the journey, do head back to the introduction before continuing with the actual monologues.

Disillusionment is a funny thing, it grows inside you and makes you bitter. Grace doesn’t seem so sweet, so admirable anymore. We were in Bethany – the home of Simon the Leper when the harlot came to him with an alabaster jar of expensive perfume. I was dumbstruck as I watched her pour the contents on Jesus’ head. As she wept, her tears rained down on his feet. Letting down her hair, she dried his feet, kissed them – kissed his feet! She shouldn’t have been allowed into the house no matter the rest of the farce…

It wasn’t only me that was indignant. “Why this waste?” we asked. “This perfume could have been sold and the money given to the poor.” It was worth a year’s wages, we could have fed ourselves for weeks but Jesus said let her be. I was offended – offended by his grace. What was I becoming? Was he ever going to make a stand?

He said something about the poor always being with us but you will not always have me and went on to give excuses on her behalf… something to do with death and burial. Jesus said “wherever this gospel is preached throughout the world, what she has done will also be told, in memory of her.” I wondered what I could do to earn such lavish notoriety…

As he often did, Jesus told a story “Two people owed money to a certain moneylender. One owed him five hundred denarii and the other fifty. Neither of them had the money to pay him back, so he forgave the debts of both. Now which of them will love him more?

Jesus turned toward the woman and said to Simon, “Do you see this woman? I came into your house. You did not give me any water for my feet, but she wet my feet with her tears and wiped them with her hair. You did not give me a kiss, but this woman, from the time I entered, has not stopped kissing my feet. Therefore, I tell you, her many sins have been forgiven as her great love has shown.”

Well that sent everyone into a frenzy, a Rabbi forgiving sins? I don’t know if people heard about that or whether they just came to see Jesus or even Lazarus back from the dead but a huge crowd of people gathered outside the house.

Jesus’ attitude seemed to have changed, he was challenging the status quo, was he going to make a move, had the revolution quietly begun?